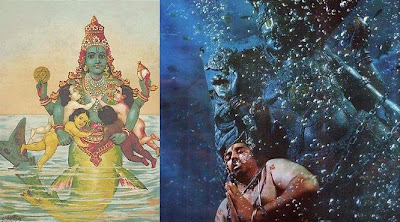 (Macha Avthar - Nambi) - Nambi is thrown into water in an act of trying to save lord from being thrown into sea... 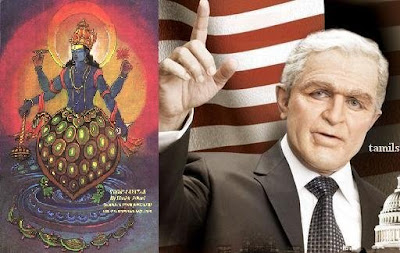 (Koorma avatar - George Bush) - The lord is the turtle/tortoise that helps in stirring the ksheera sagara and bringing out the amruth. This essentially creates war among the devas and asuras. Similarly today Bush facilitates war between you know whom… May be Kamal also indicates that this avatar is a bit dumb like the tortoise… 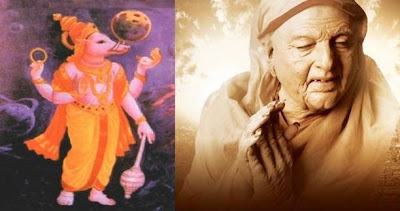 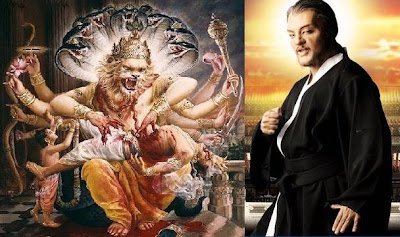 (Narasimha avatar - Shingen Narahashi ) - The name itself is a play on the words singam [means lion in tamil] and narasimha [the avatar being symbolised]. Lord Narasimha manifests himelf to kill the bad guy and he also teaches my namesake Prahalathan :) In the movie, he shows up to kill the killer fletcher! and is also a teacher.. Lord Narasimha had to kill the asura with bare hands and hence the martial arts exponent here.. 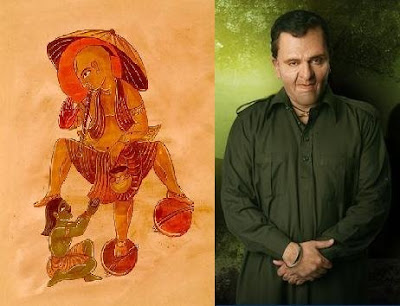 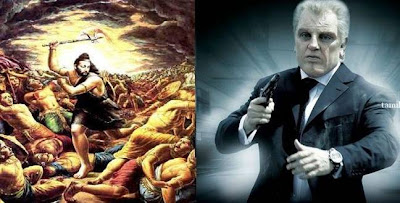 (Parasurama avatar - Christian Fletcher) - Parasurama is actually on an angry killing spree and killed 21 generations of the particular kshatriya vamsa. Hence the real KILLER… Guess what, thats what our Fletcher is! He comes around with the gun [modern upgrade for axe] and kills everyone around 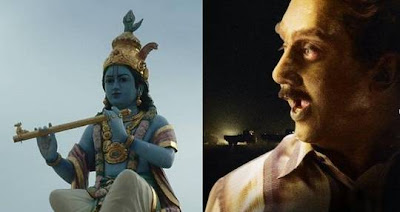 (Krishna avatar - Vincent Poovaraghavan) Lord krishna is actually a dalit, he is dark-skinned [shyamalam]. He saved draupadi when she was being violated and he was the actual diplomat in mahabharatham. Lord krishna dies of an arrow striking his lower leg. Now look at how vincent was introduced.. He appears when Asin is about to be molested and he saves her like draupadi. Vincent is the dalit diplomat, fights for land issue [soil issue to be exact] and dies from the metal rod striking his leg. Oh even five of vincent’s men are drugged at P. Vasu’s (villain here).. sounds familiar??? 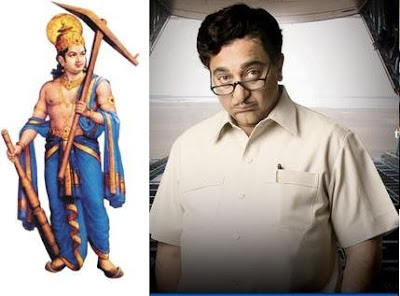 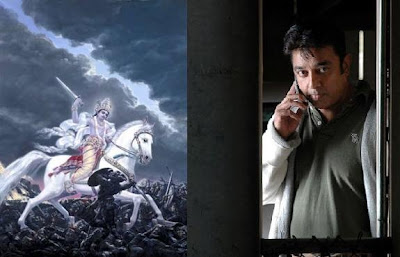 (Kalki avatar - Govindaraj Ramasamy) The hero in kaliyug can be none other than the Kalki avatar!!! 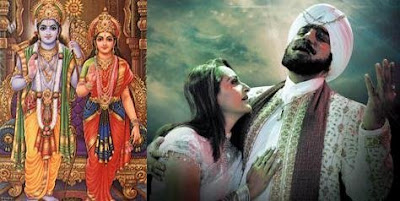 (Rama avatar - Avatar Singh) - Lord Rama stands for the one man one woman maxim, kind of symbolising true love.. Here Avatar portrays that spirit by saying that he loves his woman more than anything and wants to live for her.
Of course Kamalahaasan is the best person to explain how he got inspired! Us being mere mortals have to contend with such information from EMail forwards and the like!
Blogged by Prahalathan @ 23:19 6 comments
Labels: Movies

Who will police the Police?

The High profile Noida double murder case is heading towards it's logical end now that the real criminals have 'probably' been identified. For almost 2 months, in prime time news, the face of an innocent father was flashed across most channels as the killer of his only daughter prompting the Soap Opera crowd to switch loyalties to follow the drama. Similar discussions ensued, everyone turned Sherlock Holmes passing a Judgement on who done it and their motives...

The UP Police created the drama in the first place by falsely charging the Father and holding a press conference to announce possible motives of the 'killer father' - Either he had an affair with his Family Friend which the victims came to know Or the victims (his 14 yr old and his 40+ man servant) had an affair and the father saw them in a compromising position leading to the murder!

If the police in a suburb of the Capital city can make such a blatant accusation against an educated man even in such a high profile media covered case. Imagine the plight of the hundreds of Innocent people the police all over the country could be falsely implicating for crimes they cannot solve. That, the case might drag on for years and the guilty may still walk free is a different matter altogether.

The country is not going to progress unless it's corrupt politicians and bureaucrats are cleaned up. For even that to happen the policing has to be non-corrupt & stronger, the justice system has to be more effective. What this country needs is a revolution... a radical re-haul of the entire system with committed & educated youth leading the way...
Blogged by Prahalathan @ 08:24 1 comments
Labels: India, Society People

The Ground Beneath Her Feet

What is that scatters my thoughts in a hundred directions...
What is that holds me together...

What is that makes my Heart beat in Rage...
What is that gives me the Placcidity I seek...
Blogged by Prahalathan @ 18:34 2 comments
Labels: I Me Myself

A casual train conversation that turned into a full fledged political discussions on Tibet... I promised to blog about it so here goes...

I'm sure at least half of this is news to most people!