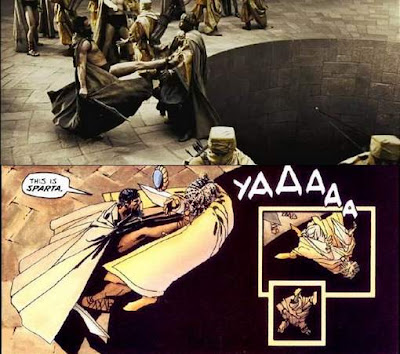 may be its man thing.. but this movie is great. and ofcourse, history is nonsensified but still... i luv it.;)

and thermopylae's narrow path doesn't exists anymore but after this movie, people stop by the place where it used to exists... (another tourists destination.. thanks to hollywood)

The 300 Spartans is better representation of history

Greece was always mystical and enchanting to me... maybe I'll visit Thermopylae too if I get a chance ;)