Srilankan Tamils being excuted naked and blindfolded by Srilankan Army

Video released by Journalists for Democracy, Srilanka and shown by Channel 4 News, UK. Be warned the contents are shocking to say the least. Srilankan Tamils being stripped naked, blindfolded and shot dead from behind

Does any one deserve to die like this without any dignity? Much less, killed by their own army? How can any two communities live in peace after people are executed like this? This isn't rooting out Terrorism but planting more seeds for acrimony and more violence!

Why aren't any of the war crimes charges against the Srilankan government being investigated?
Why is India providing tacit support for such barbaric acts?
What is the Srilankan governement still doing in those alleged 'concentration camps' where independent media is yet to be allowed free access?
Blogged by Prahalathan @ 06:58 1 comments
Labels: Questions, Terrorism, Video, World

Bhumi is the proud recipient of the Excellence in Literacy Award 2009 from the Rotary Club of Madras Chenna Patna. Congrats to all Bhumians! 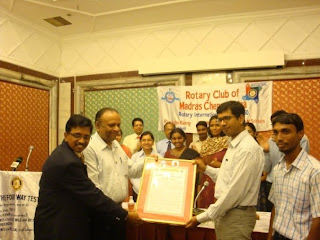 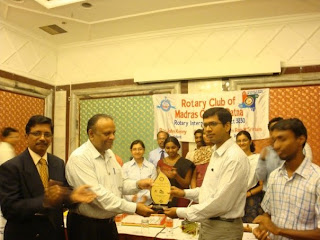 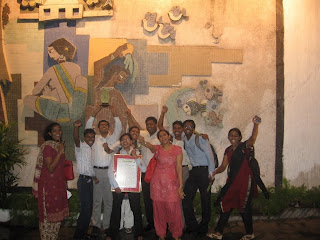 This is just the beginning! Bhumi Team @ Hotel Savera after the Award ceremony 30.07.09!
Read Bhumi's  Citation & Award
Be our Fan on FaceBook
Bhumi in the News: The Hindu
Blogged by Prahalathan @ 02:13 0 comments
Labels: Bhumi