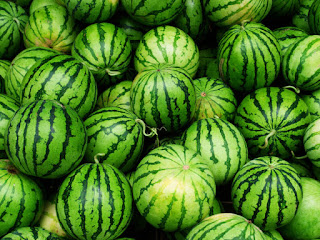 Years later, I went to IIT Mumbai to study engineering. I went back to my village after 6.5 years. I went to the market looking for watermelons. They were all gone. The ones that were there were so small.
I went to see the farmer who hosted the watermelon-eating contest. His son had taken over. He would host the contest but there was a difference. When the older farmer gave us watermelons to eat he would ask us to spit out the seeds into a bowl. We were told not to bite into the seeds. He was collecting the seeds for his next crop. We were unpaid child laborers, actually. He kept his best watermelons for the contest and he got the best seeds which would yield even bigger watermelons the next year. His son, when he took over, realized that the larger watermelons would fetch more money in the market so he sold the larger ones and kept the smaller ones for the contest. The next year, the watermelons were smaller, the year later even small. In watermelons the generation is one year.
In seven years, Parra’s best watermelons were finished. In humans, generations change after 25 years. It will take us 200 years to figure what we were doing wrong while educating our children. Unless we employ our best to train the next generation, this is what can happen to us. We must attract the best into teaching profession."
#RIPManoharParrikar
Blogged by Prahalathan @ 10:14
Labels: Education