If you had only 'Four Hours In Chennai'

Newsweek, the second largest weekly in the USA, in it's International Edition has a section '4 hours in' featuring what not to miss in a city when a traveller is in Transit and has only a few hours to spare. The issue dated June 18 features, namma Chennai. Read through this interesting piece reproduced from the Newsweek which tells what a traveller can do to get the essence of Chennai. Do you think something important has been missed out? Do leave your comments. 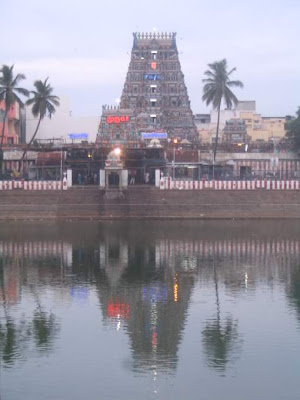 Four Hours In Chennai - Jason Overdorf
Once known as Madras, India's fourth largest city is known as the unofficial capital of the jasmine-and-sandalwood-scented south.

STROLL through the botanical gardens of the Theosophical Society, which include a 400-year-old banyan tree once thought to be the largest in the world (Adyar Bridge Road; 9:30 a.m.-12:30 p.m. and 2-4 p.m., Monday-Saturday).

Source NewsWeek
Photo: The Kapaleeshwar temple with it's pond in all it's splendor thanks to the recent spell of Rains and Rain-Water Harevsting!
Blogged by Prahalathan @ 00:06 3 comments
Labels: Chennai 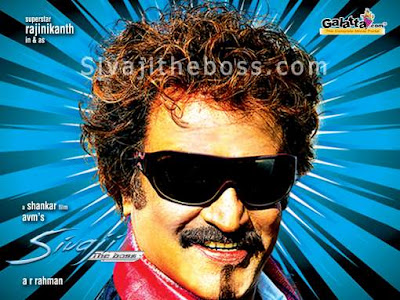 All that may come to my knowledge in the exercise of my profession or in daily commerce with men, which ought not to spread abroad, I will keep secret and will never reveal.” Doctors have to take the Hippocratic Oath, named after Hippokrates of Kos (460-370 BCE). No one knows whether the Hippocratic Corpus of seventy medical works, which includes the Oath, was actually authored by Hippokrates or his students. Nor is the classic Oath, with references to Greek gods and goddesses like Apollo, Asclepius, Hygieia (from whom we get the word hygiene) and Panacea invoked now. Instead, we have modern versions based on a Geneva Declaration of 1948; references to spreading abroad have been excised. In aftermath of the attempted Glasgow bombing, doctors figure prominently among suspects; doctors from India.True, we have no more than the finger of suspicion now. But let’s not forget our Omar Khayyam. “The moving finger writes; and, having writ, moves on: nor all your piety nor wit shall lure it back to cancel half a line, nor all your tears wash a word out of it.” Proven or not, the finger of suspicion may land on several Indian self-perceptions.

One of them, of course, is about India and terror import-export. India imports terror, is a victim of it, has been the national perception. Will that change if global perceptions change. Related to that is a crucial economic question, which also engenders a self-perception, we are first rate pool for global skill migration. Every year, around 270,000 emigrants leave India. That is 3 per cent of global migrant population. In 2006, India’s migrants sent home an estimated $26.9 billion, 3.3 per cent of GDP; 15 million Indians live abroad.These emigrants are of different types and professional emigration to Britain, the US, Canada or Australia is not quite the same as relatively lower skilled emigration to the Middle East. Within the medical fraternity, 59,095 doctors work abroad, primarily in the four countries mentioned: 4.9 per cent of total doctors in the US are Indians, 10.9 per cent in Britain.

Migration, of course, is coterminus with the beginning of human evolution, people have always moved elsewhere in search of better resources and opportunities. There is push of lack of opportunities in the homeland and pull of better prospects in the new home. No one can object to doctors emigrating (only a few return), even if the desire for greater prosperity is sometimes cloaked as desire for specialised training. If supply-side adjustments in medical training occur (a big if), there is plenty more in the labour pool to compensate for the 1,500 or so who exit every year. But there is one caveat. Every doctor trained in India receives $40,000 in public subsidies. We should eliminate these. As long as subsidies remain, shouldn’t we insist on a payback before emigration?

There may be tighter controls on immigration post-Glasgow. But the West has no option. Net welfare gains from immigration are obvious. Add to that labour shortages and the ageing population in developed countries. The social security system remains financially viable only if a steady stream of relatively young and highly skilled workers (professional category) joins the labour force to pay premiums. If such populations are not available at home, they can only come from abroad. That is the general point.

More specifically, medical systems (like National Health Service or NHS in Britain) will simply collapse. Incidentally, this is the 60th anniversary of NHS and a complete review of NHS has just been announced, under the chairmanship of Sir Ara Darzi. One doubts that Darzi Committee will recommend the impossible, complete replacement of foreign doctors in NHS by the indigenous variety. Instead, because the West is now justifiably paranoid about security and terrorist threats, there will be tighter controls, not just on transit through airports, but also on relatively permanent immigration. And almost inevitably, this will involve stereotyping, labelling and generalisation, based on ethnicity and racial profiling. This already existed implicitly and de facto. Glasgow contributes towards making it explicit and de jure.

One wants to keep out the undesired and allow in the desired, reducing probability of risk to zero. But that is not how it works. Collateral damage will occur by keeping out some with no ulterior motives, simply because they fit stereotypes. There is nothing Indian government can do and perhaps this is a good thing, given subsidies on doctors and shortage in numbers. Simultaneously, entry barriers won’t necessarily keep out the undesired. The ones under suspicion now would probably have slipped through filters, because they are people like us. Before the event, who would have suspected doctors, of the medical or dissertation varieties?

That apart, there are instances of discontent within British and American nationals. It is not as if the indigenous population is risk-free. Where does that leave us? Perhaps one should go back to Hippokrates. At that time, the dominant Knidian school of medicine was based on diagnosis and because knowledge of human anatomy was imperfect, this was often wrong. The Hippocratic or Koan school turned out to be superior because it used prognosis. Knee-jerk reactions to terrorism, inevitable though they may be, hinge on diagnosis, not prognosis.

Perhaps, the new Middle Eastern Peace Envoy, who happened to be an ex-British prime minister, should find a solution. Palestine and India were divided along religious lines by the British almost 60 years ago, roughly when NHS was also set up.

Which of these makes you proud that you're an Indian?